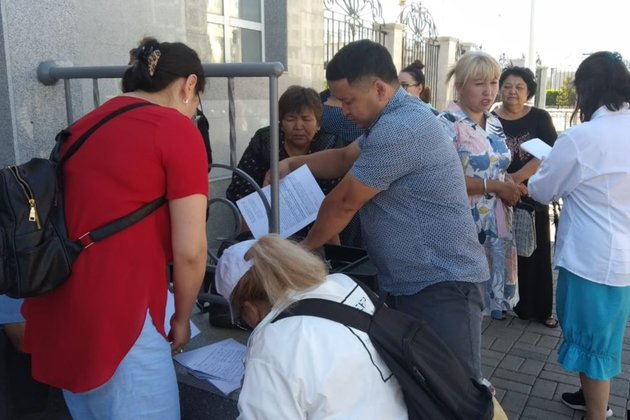 Dozens Rally In Front Of Nazarbaev's Office In Nur-Sultan

NUR-SULTAN -- Dozens of people from across Kazakhstan have rallied near the office of the leader of the ruling Nur-Otan party, former President Nursultan Nazarbaev, demanding the creation of a special commission to look into what they said were wrongful past court rulings.

The men and women, many of them frustrated and angry, said that all their attempts to find justice in court had failed and they were seeking help from Nazarbaev. They also demanded the resignation of the Chairman of the Supreme Court, Zhaqyp Asanov.

A day earlier, the protesters rallied in front of the offices of President Qasym-Zhomart Toqaev, urging him to help them in their efforts 'to find justice.'

During a June 4 protest, when demonstrators rallied inside the offices of Nur-Otan, the party's deputy, Maulen Ashimbaev, promised to establish a commission to look into their demands.

However, protesters on July 10 said that more than a month later the commission has yet to be created.

Protests over social issues, low incomes, police and court abuses, and living conditions increased in recent months in the Central Asian nation after five children from one family died when their home in the capital burned down in early February.

The fire occurred while both parents were working overnight shifts to make ends meet.

Nazarbaev, 79, had been president since before Kazakhstan became independent in 1991.

The capital, formerly called Astana, was renamed in his honor after his sudden resignation in March.

In addition to heading the ruling party, he still is chairman of the country's Security Council and holds the title of elbasy, or leader of the nation.

Opponents, critics, and rights groups say Nazarbaev, who tolerated little dissent, denied many citizens basic rights and prolonged his power in the energy-rich country of 18.7 million by manipulating the democratic process.

No vote held in Kazakhstan since 1991 has been deemed free and democratic by international observers. 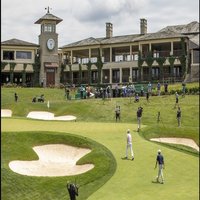