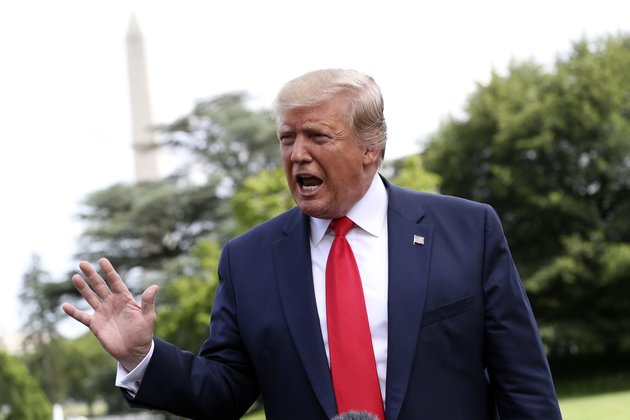 US to Press Pakistan PM on Afghan Peace, Terrorism Crackdown

WASHINGTON - U.S. President Donald Trump is likely to press Pakistani Prime Minister Imran Khan for help on ending the war in Afghanistan and fighting militants when the two leaders meet at the White House on Monday amid their countries' strained relations.

Last year, Trump cut off hundreds of millions of dollars in security assistance to Pakistan, accusing Islamabad of offering "nothing but lies and deceit" while giving safe haven to terrorists, a charge angrily rejected by Islamabad.

Khan, who arrived in Washington on Saturday, is expected to try to mend fences and attract much-needed U.S. investment, hoping the arrest last week of a militant leader with a $10 million U.S. bounty on his head will lead to a warmer reception.

"The purpose of the visit is to press for concrete cooperation from Pakistan to advance the Afghanistan peace process and to encourage Pakistan to deepen and sustain its recent effort to crackdown on militants and terrorists within its territory," a senior U.S. administration official said.

The official, who spoke on condition of anonymity, said the United States wants to make clear to Pakistan that it is open to repairing relations if Pakistan changes how it handles "terrorists and militants."

In Afghanistan, the official said, the peace process is at a critical point and Washington wants Pakistan "to pressure the Taliban into a permanent cease-fire and participation in inter-Afghan negotiations that would include the Afghan government."

Trump wants to end U.S. military involvement in Afghanistan and Pakistan's cooperation will be essential to any deal to end the war and ensure the country does not become a base for militant groups like Islamic State.

Khan's visit follows the arrest on Wednesday of Hafiz Saeed, the alleged mastermind of a four-day militant attack on the Indian city of Mumbai in 2008, news that Trump welcomed on Twitter.

However, Pakistan has yet to release Shakil Afridi, the jailed doctor believed to have helped the CIA hunt down Osama bin Laden, the mastermind of the Sept. 11, 2001, attacks on the United States.

The imprisonment of Dr. Shakil Afridi has long been a source of tension between Pakistan and the United States. Washington continues to call for his immediate release, the U.S. official told reporters on Friday.