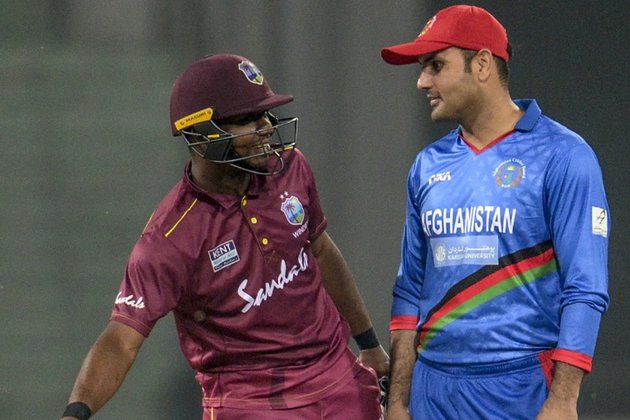 In a must-win T20I, Afghanistan decided to try a new tack by batting first against West Indies at the Ekana Stadium in Lucknow on Saturday, with the coin falling in Rashid Khan's favour once again.

Afghanistan had lost the first T20I while chasing, which perhaps prompted the change in tactics, though the home team will likely have to contend with dew when bowling second. West Indies had won the first T20I comfortably - by 30 runs - despite bowling second, and victory here will seal the series for them. Evin Lewis played the defining innings in the first game hitting 68 off 41, while captain Kieron Pollard had a good outing with bat and ball.

The only point of worry for West Indies was Fabian Allen, who had hobbled off the field in the second innings. Cricket West Indies confirmed that Allen had a Grade 1 posterior cruciate ligament sprain on his right knee, and would be out of action for two weeks. Allen will remain in India for his rehabilitation. Keemo Paul replaced Allen in the West Indies squad for the last two T20Is, and has been drafted into the XI for this game.

Afghanistan also had one change, bringing in the young right-arm pacer Karim Janat in place of left-arm quick Fareed Ahmad.

The match is being played on one of the pitches that are slightly off-center, making one of the square boundaries closer than the other. There is less grass than there was on offer for the first T20I, which could bring spinners into play more.

"We're just trying to do something different," Rashid said. "On a wicket like this, having a good total on the board is tough to chase. We have bowling as our strength. We just need to focus on playing good cricket. What happened in the ODIs is past, today we have a chance to come back in the series."

Pollard was happy to be bowling first. "Fresh wicket again, so not really sure what it's going to do," he said. "Great opportunity to bowl first. When you put runs on the board, the batsmen have to chase it, so we have to try and suffocate them. Hopefully the guys can go out and tick all the boxes and the result will take care of itself."

The result in the first T20I also meant Afghanistan haven't yet notched a victory in the tour so far, having lost 3-0 in the ODIs.