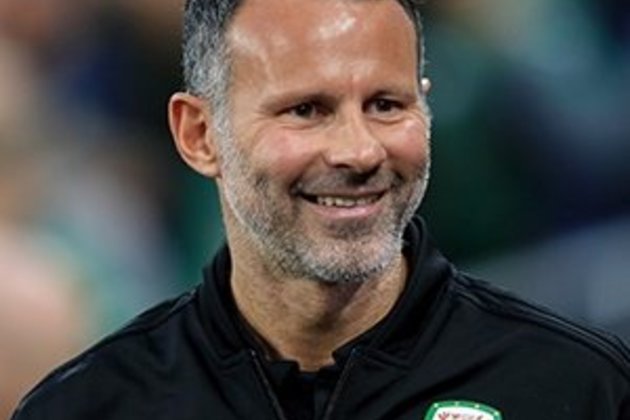 Paris - Wales kept their hopes of reaching Euro 2020 alive on Saturday after beating Azerbaijan 2-0 and piling pressure on their rivals in a tight Group E.

With two teams qualifying, Ryan Giggs' side moved into third thanks to first-half headed goals from Kieffer Moore and Harry Wilson.

They are one point behind second-placed Hungary, who travel to Cardiff on the final day as four teams vie for a spot in next summer's finals.

Group leaders Croatia will seal their place later with a draw at home to fourth-placed Slovakia, who are a point behind Wales and can jump into second with a win over the World Cup finalists.

Wales would be knocked back down to fourth in their five-team group and would need a miracle should Croatia lose, as in their final match Slovakia take on an Azerbaijan side that have collected just one point.

However a Croatia win would set up a winner-takes-all clash with the Hungarians.

In Saint Petersburg the Hazard brothers made short work of Russia as already-qualified Belgium maintained their 100 percent record with a 4-1 win that secured them top spot in Group I.

Eden and Thorgan Hazard put Roberto Martinez's side three goals ahead at the break before in-form Inter Milan striker Romelu Lukaku crashed home the fourth in the 72nd minute to make absolutely sure of the result.

Georgi Dzhikiya scored a consolation for the hosts 11 minutes from the end.

Belgium are top scorers in qualifying with 34 goals in nine matches, and stretch their lead over second-place Russia to six points with one game remaining.

Both are already assured of a place in the Euros as their closest rivals Scotland are a fully nine points behind Russia despite their 2-1 win at Cyprus earlier on Saturday.

In the group's other game Filippo Berardi scored rock bottom San Marino's first goal in qualifying in a 3-1 home defeat to Kazakhstan, slotting home in the 77th minute after rounding goalkeeper Dmytro Nepogodov with his side already three goals down.

However they have picked up no points and conceded 46 goals in another miserable campaign.

In Group G Slovenia beat Latvia 1-0 to move third, two points from Austria, but are unlikely to progress from the group as the Austrians just need a draw against North Macedonia later to seal their spot.